Ann & Robert H. Lurie Children’s Hospital of Chicago extends our appreciation to the Illinois General Assembly for passing House Bill 562, life-saving legislation that will strengthen gun laws in Illinois. “House Bill 562 is important legislation that will promote child health and wellbeing by making our communities safer. This bill will extend background checks to all gun sales and close dangerous loopholes in the firearm owner identification system that have allowed illegal guns to remain on our streets and a risk to our children for far too long. We look forward to Governor Pritzker signing this bill into law,” said Tom Shanley, MD, President & CEO, Ann & Robert H. Lurie Children’s Hospital of Chicago. 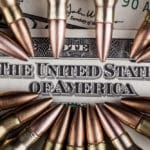