Fire Chief Mark Puknaitis constantly states, “be a model of continuous improvement.” With that in mind, in 2018, the Naperville Fire Department embarked on a 2-year mission to improve the return of spontaneous circulation (ROSC) and ultimately survivability of cardiac arrests. Under the direction of Fire Chief Mark Puknaitis, the EMS division of the Naperville Fire Department launched a new program called the Advanced Cardiac Protocol.

This protocol focused on a 2-year phased in approach that would not only educate and train firefighters on the new equipment and procedures, but would emphasize a wholistic, and detailed dive into the “why” certain equipment or procedures were critical. By utilizing the phased in approach and recording the data on each implementation, the department was able to identify what components of the protocol were having the most effect, and what could be reorganized. Much of this work was chronicled in a white paper, in the EMS1 journal on emergency medicine, titled “How one agency’s investment in resuscitation tools helps save more lives,” by Sarah Calams. 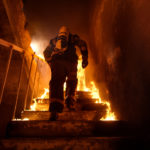