The delays are expected to be longer this month due to the repairing work on the Lake Shore Drive Bridge over the Chicago river. The raising and lowering of the bridge usually take place for the crossing of sail boats running in the river.

Chicago Department of Transportation said, “The motorists are advised to plan their routes around Lake Shore Drive as the lifting of Lake Shore Drive Bridge will take extra time due to the ongoing repair work”. It added, “The lifting of bridge can take up to 45 minutes or more”. The repairing work would cause delays in the lowering and raising of the bridge for the sailboat runs.

Both directions of Lower Lake Shore Drive will remain closed and upper level will also close shortly, according to the Chicago Department of Transportation. The northbound drivers should take the Monroe Street route or Roosevelt Road while the southbound traffic should take Michigan or Grand Avenue routes. The river can also be crossed form the bridge at Columbus Drive.

CDOT said, “The drivers need to exit the Lake Shore Drive and take Columbus Driver for crossing the river by using the bridge”. The northbound vehicles can then reach the Lake Shore Drive by running east on Illinois Street. The southbound drivers should travel east on Wacker Road for reaching the Lake Shore Drive again. The delays are expected on the weekends and they will remain until the last sailboat run on 29th of June.

The ongoing repair work is done on the bridge which is the main reason for these delays. The delays can last up to 45 minutes and longer as well. The last sailboat crossing will occur at the 29th of June until then the drivers are advised to take alternative routes for the crossing of river. They can reach the Lake Shore Drive again after crossing the river by the bridge on Columbus Drive. 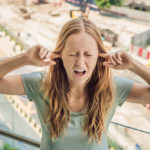 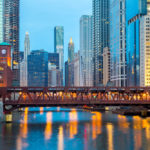 State Watchdog: Dozens of Illinois Bridges overdue for critical inspections
People of Illinois need to be wary as a state watchdog says that the Illinois