The Muslim minority of Burma have got the right to marry in the United States of America. Five religious minority refugees celebrated their freedom to marry on Wednesday. The ceremony took place in the Cook County Courthouse in which five couples were wed. Mohamed and Ajidah Amjid Hakim were wed in the marriage ceremony. The Hakims never thought to witness a day like this during their growth in Burma.

Mohamed Hakim said, “We never had an opportunity to get officially married when we were living in Burma.” The couple has got this chance when they came to the United States. Hakim called it a great day for him. Hakims loved each other for many years but they did not have the right to marry in Burma. They faced brutality and torture from the military dictatorship in their country.

Rohingya Muslims are considered as lower and subhuman in Burma. Jims Porter of RefugeeOne said, “Hakims faced the burning villages, mass rapes in the villages, and killing of men at an alarming rate in Burma”. RefugeeOne helped the refugees of Burma to get settled in Chicago. Hundreds of Rohingya Muslims fled from their native country due to oppressing and brutal conditions.

Porter said that the right of marriage, along with many other rights, is very important for these families. Five couples showed gratitude in the ceremony. Hakim said, “This is really exciting for us and we are thankful to America.” Rohingya Muslims have finally got the right to marry in the United States of America and they celebrated it with huge excitement. Rohingya Muslims are still facing mass raping and killing in Burma. 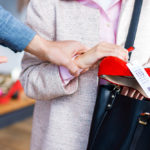