Just these four art pieces raised $265 which is enough to support an orphan in Bangladesh for nearly six months.

Students will again have an opportunity to help the Bangladeshi kids as this November, you can create your own stained glass masterpiece. Two FKS Stained Glass Workshops will be conducted on Nov. 10 and Nov. 17 from 1-3 pm. They will be held at the Dayemi Community Center, 218 N. Illinois Ave, in Carbondale, IL.

All local students of any age are welcomed as registration is free and there is no need to bring any material as the organizers will give everything. At the 20th Annual FKS Art Auction, the art will be up for donations. The accepted pieces will have the honor of being custom-framed and hung in the Longbranch Café & Bakery during the 20th Annual FKS Art Auction from March 10 – April 24, 2020.

All the money collected will go to the orphans and students of Bangladesh. So, be part of this amazing cause as no prior art experience is required. Students will have the option of attending both or one workshop. You can call 618-529-5044 to reserve your seat as space is limited. 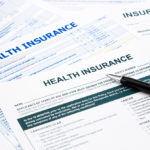 A Man from Maywood Sentenced to 10+ Years for Drug Trafficking
ROCKFORD — A suburban Chicago man has been sentenced to more than ten years in
Tags: Art Auction, Bangladesh, For Kid’s Sake, kids