Palatine Police and firefighters/paramedics responded to the report at 5:06 pm on Wednesday, December 18, 2019. They also received the report of one vehicle being rolled over in the crash. A fire crew of Palatine firefighters reported that five vehicles were moderate to heavy damaged in the crash.

The driver of the car that rolled over needed initial medical assistance while all other victims were in good condition. The northbound and southbound lanes of Route 53 including the Shoulder, Lane 1, and Lane 2 were closed during the rescue operations. According to the media reports, Fire equipment was parked in the northbound lanes. The firefighters/paramedics were seen working on the center barrier.

The Palatine firefighters/paramedics and Palatine police shifted the southbound Route 53 traffic to Dundee Road while the northbound Route 53 traffic was shifted to Woodfield Road during the rescue operations. The driver of the rolled-over vehicle was critically injured and he needed medical assistance. Other victims were medical refusals. The Fire equipment was present on the scene and the firefighters were seen working on the center barrier, according to the media reports. 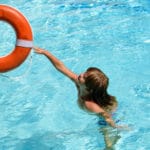