According to the court documents, the CFD failed to provide an opportunity to Strong. Strong was deployed for an active duty military service and missed to participate in a promotional exam due to the deployment. John R, Lausch, Jr., the US attorney for the Northern District of Illinois, said, “The men and women of our armed forces make personal sacrifices to protect our nation.”

Lausch added that the rights of the men and women of the armed forces must be protected. He added that the Department of Justice would protect their rights at any cost. Eric Dreiband, an assistant US attorney of the Civil Rights Division, said, “Beginning with the American Revolution and every day since the Revolution, American patriots risked their lives to defend our nation.”

The complaint said that Strong was assigned as a Trial Counsel and Administrative Law Attorney to the 416th Theater Engineer Command’s Office of the Staff Judge Advocate. He is also serving as a Cross-Trained Firefighter and Emergency Medical Technician-Basic. He was deployed with the US Army Reserve from Sep. 30, 2016, to June 26, 2017. The CFD conducted a promotional examination when he was performing his duties with the US Army. Strong filed a complaint against the CFD that it failed to provide him a promotional opportunity. 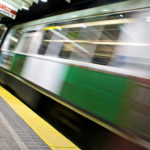 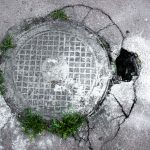