The City of Aurora and the City of Naperville issued a joint press release in which they announced a Whole Community Transparency Workshop on the Complex Coordinated Terrorism grant. Both of the cities have been working for the past three years to plan and prepare for any terrorist attack.

The City of Aurora and the City of Naperville joined the Complex Coordinated Terrorist Attacks (CCTA) program in 2017. The selected states and the cities get federal grants for the preparation and planning for the worst-case scenario, a terrorist attack. The grants are funded to give a better response to the sophisticated and coordinated terrorist attacks. The community collaboration with the relevant authorities was also focused on the program.

The US Congress provided a grant of $35.9 million to the Department of Homeland Security in 2016. The CCTA program was launched in 2016 after the approval of the grant. The main purpose of this grant was to fund the Federal Emergency Management Agency (FEMA). The funds were supposed to be spent on the preparatory and planning exercises to counter the terrorist attacks.

Both cities focused on spending money on the citizens’ preparation programs at businesses, schools, and churches. ALICE training is a great example in this regard. The public safety authorities of Aurora and Naperville will host a community transparency workshop on the accomplishments of the grant in terms of the CCTA. The event-goers will get an opportunity to ask questions to the officials and learn more about the program. 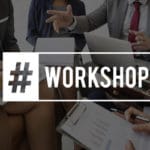