Canada has become the first G20 country which bans the trade of shark fins. Sharks are under a threat and Canada has decided to help the predators against the threat. Shark finning is illegal in the domestic fishery since 1984. Canada is the largest non-Asian importer of shark fins.

The shark fin trade has contributed in the precarious status of several species of sharks. A study revealed that one-third of the fins come in the market from the species which are at risk. The collection of fins is inhumane and unsustainable, according to the critics. The marketing of fins had huge impact on the global population of sharks. Shark finning is a cruel process as the finning is done when the shark is alive and the rest of body is discarded.

A bill has been passed in Canada which bans the import and export of shark fins in Canada. The campaigners and legislators made huge efforts in this regard and finally their efforts gave fruit in the form of bill passed in Canadian Parliament this week. Shark’s fin is one of the costliest seafood in the world as the meat provides delicious taste.

A report said, “Canada imported 148000 kg of Shark fins in 2018”. Josh Laugren, executive director of Oceana Canada, said, “We are a player and it is the fact although we are not a big player”. He added, “This bill is an exemplary proportion for other countries to take actions according to this legislation”.  A US study revealed that more than 73 million sharks are killed every year for the consumption of their fins.

Canada beats US in terms of refugee resettlement: Pew Research Center reports
In 2018, Canada resettled more refugees than US for the first time and it led 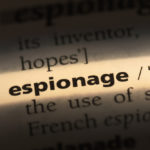 Canadian delegation sent to China for the release of citizens
Canada have sent a parliamentary delegation to China. The delegation is sent to press for