Canada, the United Kingdom, and the United States of America claimed that the hackers working for Russian intelligence organizations attempted to steal information related to the Coronavirus vaccine. The hackers allegedly breached the systems of pharmaceutical and research companies in several countries.

The National Cybersecurity Center (NCSC) of the UK claimed in its statement on July 16 that the hacking group which attempted to steal coronavirus vaccine-related information was working for the Russian intelligence organizations. The allegation on Russia came at a time when Russia claimed the preparation of the COVID-19 vaccine a day before.

The Russian government claimed on July 15 that they tested the COVID-19 vaccine on 15 volunteers. The human trial of the vaccine remained successful and all volunteers became healthy. Russia claimed that the use of vaccine produced antibodies in the volunteers. It enhanced the immune system of the volunteers, according to Russia.

According to Reuters, an international news agency, the US, Canada, and the UK issued a mutual statement through NSCS. They alleged a Russian group of hackers (ATP 29) of attempting to hack sensitive information related to the coronavirus vaccine from the systems of several pharmaceutical and research companies. ATP 29 is also known as Cozy Bear. The mutual statement read, “ATP 29 surely works for Russian intelligence agencies.”

New type of COVID-19 is more deadly, contagious: Boris Johnson
Boris Johnson, the prime minister of the United Kingdom, said that the new type of 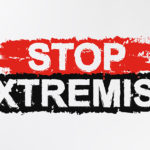 An anti-Islamic extremist permanently excluded from entering the United Kingdom
The action is taken against the Austrian extremist upon security ground, according to Home Office