Peter Bevan-Baker is the leader of the Green party who is Scotland-born dentist transformed into a politician. The potential win of Bevan-Baker is a sign of diversity in the Canadian politics. The voters of this region have rejected the progressive government over the issue of climate change effects.

Bevan-Baker is seriously looking to upset the other candidates and the previous government as well. MacNeill said, “he is a responsible person and he is aware of environment and he has won a lot of little battles”.

Don Desserud, a professor of political sciences in the University of Prince Edward Island, said, “This party is focusing more on listening to the voice of the people”. He added, “Bevan-Baker has done a lot of right things as the Green Party aimed at working with the farmers apart from opposing them”.

Green’s government will surely focus on the environmental and climatic issues faced by the island. It is difficult to predict the results of the election but Greens have an edge over other parties. 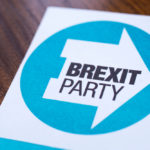 Ballot Scheme in House Race, in North Carolina
An illegal absentee ballot scheme has been overseen by a political representative. The representative oversaw

Mayoral candidates explain how they’d drive the sector of public transport
They basically came into an agreement on the necessity of more lanes that are designated
Tags: Canada, elections, Green party, Peter Bevan-Baker, Prince Edward Island