The people interested for applying can submit their applications through 5:00 p.m. on September 27, 2019. The vacancy was created due to former board member Rachael Parker as he was appointed to the office of Peoria County Clerk on August 19, 2019.

The Chairman with the consent of the County Board has to fill the vacant position in 60 days per statute.  According to statute, the new appointee must be a Democrat, having voted Democrat in the most recent primary election in which he or she voted, and must reside within the boundaries of District 5.

IMRF Obligations discussed by Peoria County
What will be the impact of various forces on Peoria County? How will the county 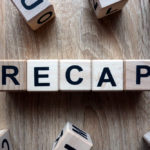 CareerSpark 2019 Recap
On October 8th and 9th, the 3rd annual CareerSpark Expo was organized in which over
Tags: Andrew A. Rand, Chairman, Illinois News, Peoria

3 hours ago By Gabriella Remillard

21 hours ago By Adyson Sipes

23 hours ago By Gabriella Remillard

First Fridays is back in downtown Aurora on Feb. 7 with theme of love