U.S. Attorney Steven D. Weinhoeft has announced that the Department of Justice’s Office of Community Oriented Policing Services (COPS) Hiring Program will give more than $1 million in grant awards to four law enforcement agencies. Building ties and working closely with community members is the focus of community-oriented policing.

The following police departments in the Southern District of Illinois have been awarded COPS funding:

These police departments were part of 596 law enforcement agencies across the nation that were chosen to receive COPS grants totaling $400 million. Hiring additional full-time law enforcement professionals and enhancing local community policing strategies and tactics is the focus of the funds.

“The Department of Justice is committed to providing the police chiefs and sheriffs of our great nation with needed resources, tools, and support. The funding announced today will bolster their ranks and contribute to expanding community policing efforts nationwide,” said Attorney General William P. Barr. “A law enforcement agency’s most valuable assets are the men and women who put lives on the line every day in the name of protecting and serving their communities.”

U.S. Attorney Weinhoeft said, “We are a self-governing nation, which requires a relationship between the government and the community that it serves. In these turbulent times, we see the damage that occurs when those relationships are fractured. These grants reflect a substantial commitment to help strengthen those bonds and provide support for the valuable work these police departments are already doing for the communities they protect. For the residents of Anna, Brooklyn, Caseyville, and Collinsville, this is very good news.”

More than $163 million announced to fight addiction crisis
U.S. Attorney for Southern District of Illinois Steven D. Weinhoeft has announced that the Department

US Attorney Weinhoeft announces availability of funds to combat human trafficking
Steven D. Weinhoeft, the US Attorney for the Southern District of Illinois, announced the availability 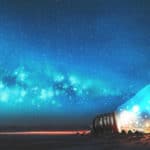