The residential customers of Naperville Electric Utility and the homeowner of a single-family home are eligible to receive the rebates. The system monitoring and battery costs are not included in the total project cost. The solar installation must be installed, owned, and maintained by the applicants. The rebate will be provided to the applicants in the form of a check. One account of the residential customer can receive one rebate.

The application form is present on the official website of the city. You can download the form by visiting https://www.naperville.il.us/solar-panel-guidelines. You are also advised to read the terms and conditions before submitting an application. The program aims to fulfill the energy requirements of Naperville via renewable energy sources. 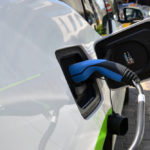 Naperville Electric Utility customers get offer of rebates
The residents and non-residents of Naperville can apply for availing the offer. The qualified residential

3 days ago By Ivan Cease

4 days ago By adm

2 weeks ago By Adyson Sipes
We use cookies to ensure that we give you the best experience on our website. If you continue to use this site we will assume that you are happy with it.OkPrivacy policy