If you need more information about the offer of the City of Naperville then you need to contact Bernie Saban at sabanb@naperville.il.us. You can also call at (630) 420-6135. The customers will see the rebate as a credit on their utility bill. The offer is for both residents and non-residents of the City of Naperville. The offer is available for a limited time period. The qualified customers are advised to apply for the offer as soon as possible. 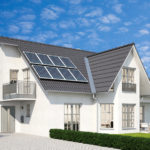