Julian Assange, the founder of Wikileaks is arrested in London. He will face a charge, in the United States, of hacking the Pentagon computer network in 2010. He was hidden in the Ecuador, Great Britain, to avoid his arrest. The Ecuadorean government suspended his citizenship and helped the authorities to arrest him.

Mr. Assange is facing the charges of cyber security breaches into the Pentagon network which is a serious crime. The 47-year-old, Assange, dragged out of the embassy. He was found guilty of jumping a bail by a judge and he was also found connected with an American extradition warrant.

America has a keen look at Mr. Assange since he published the secrets leaked by Ms. Manning on his website. These leaks brought light to many secrets like causalities in Iraq. A jury had investigated the people nominated in the Wikileaks in Virginia. Trump administration studied the acts of Mr. Assange in order to detain him somehow. He has been arrested in London for facing a charge against him in the United States. 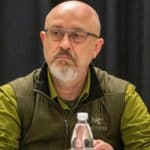