Lake Zurich is the only area outside the southeast region of Lake County that shows a higher concentration of the COVID-19 cases. According to the map, 5-9 cases per 10000 people were reported in Lake Zurich. The map shows the highest concentration of the cases in Lake Forest and Highland Park. According to the recent stats, 20-24 cases per 10000 people were being reported in these areas.

The Lake County Health Department has been taking necessary measures to prevent the spread of the virus in the county. They have managed the facility of isolation for the patients who exhibit the symptoms of the COVID-19 infection. The government of Lake County issued the orders of staying at home since the outbreak. 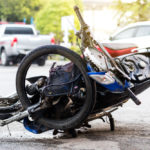