A record attendance of the international collectors and curators concluded the EXPO Chicago on Sep. 22. At least 38000 people visited the phenomenal event of Chicago. More than 8000 VIP guests visited the International Exposition of Contemporary and Modern Arts on an opening day. The event gathered $265000 on an opening day. Tony Karman, the president of EXPO Chicago, said, “We are extremely proud of our recent eighth edition.”

Worldwide cultural organizations participated in the eighth edition in the form of the institutional representation. The participation of the collectors, curators, and directors of the museums made the event successful. EXPO Chicago welcomed some new galleries in the eighth edition. Some galleries returned this year with exclusive presentations of their artwork. Marc Payot of Hauser and Wirth said, “We elected to participate at EXPO Chicago for the first time.” Kevin Scholl of Vielmetter Los Angeles, said, “We are thrilled to be back at EXPO Chicago!”

EXPO Chicago hosted the Curatorial Forum for attracting the top institutions towards the event. More than 40 curators participated in the exposition. The Curatorial Exchange organized by the EXPO Chicago for the second time allowed the curators based around the world to engage closely with their peers. The Curatorial Exchange brought curators from several countries to the exposition. These countries include Brazil, Denmark, Canada, France, Italy, Spain, and The Netherlands.

EXPO Chicago focused on programming this year. /Dialogues is a clear example in this regard. It provided a platform to the professionals to discuss the artistic discourses in the panel discussions. Some other major programs included a panel discussion with prospect.5 curators, Exchange by Northern Trust: An Interactive Conversation Around the Art of Collection, In/Situ, In/Situ Outside, Override: A Billboard Project, and 20 Special Exhibitions. 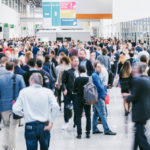 Many shows open in Chicago this weekend: Do not miss them
Chicago is going to host an art fair weekend. Many gallery shows would open in
Tags: art, culture, EXPO CHICAGO, International Exposition of Contemporary and Modern Arts