The coronavirus pandemic has worsened the housing crisis in the US, according to a national study released on Tuesday. The study, “Out of Reach”, examined the intersection of housing and income across the United States of America since 1989. According to the study, an Illinois worker must have to earn $44310 to afford the rent for a two-bedroom apartment.

The recommended amount to be spent by a family on housing is no more than 30% of its income. It means that an Illinois worker must have to spend $1108 a month on housing. According to the recent stats, almost a third of Illinoisans are renters. They have to work at the rate of $21.30 per hour over a 40-hour week to afford the fair market rent in Illinois.

The COVID-19 pandemic has worsened the situation due to the economic fallouts. Sharon Legenza, the executive director of Housing Action Illinois, said in a statement, “Even before the pandemic, far too many families in Illinois were making impossible decisions between paying rent and basic necessities like food and medicine.” Legenza added that the Illinoisans were in a tougher situation due to the health crisis. 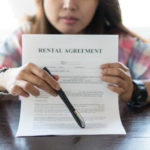 Study finds paying rent is issue of millions of Americans
The numbers associated with the coronavirus pandemic are alarming in the United States. It is

Thousands struggle to pay rent amid coronavirus
Todays the first of the month, and everyone knows what it means, rent is due.

Chicago gets jobs: Ford adds 450 vacancies to meet the demand
Lincoln Aviator and Ford Explorer are the first choices of most of the SUV lovers.