Police, firefighters and paramedics from Arlington Heights responded about 9:47 a.m. Sunday, June 13, 2021 to a report of a pedestrian hit by a vehicle at Sigwalt Street and Chestnut Avenue in Arlington Heights. 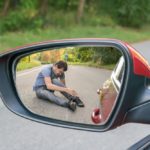