One healthcare member along with two children was also among the list of dead people in the airstrike. The building has been levelled according the pictures posted by the local media. Saudi-led coalition forces are fighting against the Houthi rebels in the region for giving back the control to the government. The coalition force did not respond immediately after this attack.

Helle Thorning-Schmidt, chief executive of Save the Children, said, “We were shocked after this brutal attack on the hospital”. She added, “Children and health workers killed in this attack which is an out of mind airstrike in a densely populated area with civil population and this attack is a breach of International Law”.

The human rights groups have criticized the attacks led by the coalition and western-backed forces on populated area including schools, hospitals, weddings, funerals, and other gatherings. This is against the International Law to hit a place where unarmed people are present but the forces are continuously breaching the law which is an illegitimate offense. Thousands of civilians have been killed including children in the Yemen due to this war against rebels. 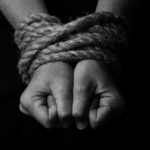 101-year old Saudi Women defeats Coronavirus
COVID-19 Pandemic is burying its claw all over the world. The deadly virus has taken

Coronavirus will not leave Saudi land soon
The coronavirus patients in Saudi Arabia are increasing by hundreds every day. To deal with