Fourteen members of the Stephenson County Board announced that they sent a letter to JB Pritzker, the governor of Illinois, to change course immediately related to combating the coronavirus pandemic. They urged Pritzker to use a different approach to combat the virus.

The members share common concerns related to the financial consequences of the stay-at-home orders. They explored a new strategy of focusing on individual responsibilities in the letter sent to the governor on Tuesday. The members said that there was a need for making decisions at the local level. The Illinois administration is working on the one-size-fits-all strategy at the moment, according to the members.

The members said that there would be catastrophic financial damage if the economy would not be opened swiftly. The members suggested that the businesses in Stephenson County can easily be reopened if the people with higher risks of infection stay at home, and people with a low-risk return to work.

According to the members, if proper hygiene practices are carried out at the workplaces, then the businesses can be reopened easily and effectively in Stephenson County. Andy Schroeder of District G said, “There is more than one way of protecting people.” He focused on the measured reopening of the businesses. It will save the lives and livelihood of people, according to him.

Here are the fourteen members who signed and sent the letter to Pritzker on Tuesday: – 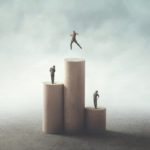 Impossible situation for small businesses amid stay-at-home threat, whom to blame?
JB Pritzker, the governor of Illinois, has threatened to issue state-at-home order as a last