Harris has an Indian-Jamaican heritage. She initially ran for the Democratic nomination. After the winning of the presidential election, Biden chose Harris as his vice-president. He said about her, “She is a fearless fighter for a little guy.” Harris paid tribute to women before taking the oath. She said, “I am here today because of the women who came before me.” She added in a video statement, “I stand on their shoulder.”

Eugene Goodman, a Capitol police officer, escorted Harris at the inauguration. Goodman emerged as a hero as he steered a pro-Trump mob away from Senate chambers on January 6 during the Capitol riot.

After getting her degree in law, she joined the Alameda County District Attorney’s Office. In 2003, she became the district attorney for San Francisco. Later on, she became the first female and African-American attorney general of California. She gained a huge reputation as an emerging star of the Democratic party in her two terms as attorney general of the most populous state of the country. In 2017, she became the junior US senator of California. She decided to run for Presidency but dropped out of the race in December 2019. However, Biden announced her as his vice-president in August. Harris congratulated Biden when he was announced as the next president. “We did it, we did it joe,” she said. 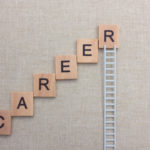 Race of Presidency in the United States of America
According to the constitution of America, a presidential candidate must be 35 years old and

President Biden: Arbery’s killing is a sing to keep fighting for racial justice in US
President Joe Biden said in a statement Wednesday that although the jury’s decision to convict