Lewis had been representing Georgia’s 5th congressional district since 1987. Nancy Pelosi, the US House Speaker, confirmed the death of Lewis. Lewis was known as the Conscience of the Congress. Several reports were released on Friday about the death of Lewis. Pelosi said, “Today, America mourns the loss of one of the greatest heroes of American history.”

Lewis was among the “Big Six” civil rights activists who organized the March on Washington in 1963. Martin Luther King, Jr., was also among the organizers of that march. Lewis played a leading role in the Bloody Sunday march in Selma, Alabama, in 1965. Pelosi added, “John Lewis was a titan of the civil rights movement whose goodness, faith and bravery transformed our nation.”

Pelosi admitted that Lewis brought the moral leadership to the Congress for more than 30 years. He got respect in Congress due to his fight for freedom and justice for all. The members on both sides of the aisle respected him a lot. Some of his great achievements are the Voter Empowerment Act and the Equality Act. He also served as a senior member of the Ways and Means Committee.

He earned several awards in his life for his struggle against injustice. Barack Obama, the former president of the US, awarded him the Medal of Freedom in 2011. The Medal of Freedom is the highest civilian honor in the US. President Obama said while presenting him the medal, “Generations from now, when parents teach their children what is meant by courage, the story of John Lewis will come to mind.” The death of Lewis is a huge loss for the US. 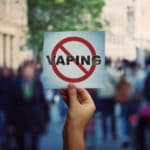