Michael Frontier, 35-year-old, has been charged in federal court for conducting an illegal sports gambling business. He was also charged with concealing his income in a bankruptcy proceeding. A 14-count indictment has been returned in the US District Court in Chicago. The indictment said that Frontier provided bettors with gambling accounts at an online sportsbook. The online sportsbook is based in Costa Rica.

Ira Goldberg, Brian Seagal, and Matthew Sullivan are the other names of Frontier. The indictment stated that he paid the service fee to the online sportsbook for opening an account. Then, he paid and collected funds personally to the bettors on the base of their bets. The charges of concealing the gambling income have been filed against him.

Frontier also obtained an order of discharging his dents from the US Bankruptcy Court in a fraudulent manner. The discharged debts included $1.5 million civil judgment against him. The civil judgment came against him for negligence in a motorcycle accident. He obtained bankruptcy order fraudulently and winded up his negligence case in just $4500. The indictment was returned to the US District Court in Chicago on Thursday. He has been facing 14 counts of multiple charges, according to the returned indictment.

Frontier faces five counts of money laundering, one count of making a false declaration in the US Bankruptcy Court, one count of running an illegal betting business, two counts of fraud in bankruptcy, and five counts of making a false statement in the US Bankruptcy Court. The arrangements of his case’s hearing in Chicago’s federal court have not been set yet. Frontier’s case was assisted by the United States Trustee Program.

Devlin N. Su, and Erika Csicsila, the Assistant US Attorneys, represented the government in the case. John R. Lausch, Jr., Larry Lapp, and Kathy Enstrom announced the indictment. Lausch is the US Attorney for the Northern District of Illinois, Lapp is the acting Special Agent-in-Charge of the FBI’s Chicago office, and Enstrom is the Special Agent-in-Charge of the IRS Criminal Investigation Division’s Chicago office. 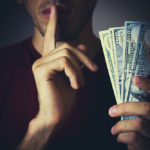 Casino bill will help south suburban properties
Progress used to come slowly to south suburbs even in the best of times. But