Alaska Airlines flight 1138, was diverted to Chicago while heading from San Francisco to Philadelphia early on Wednesday and landed at O’Hare international Airport around 4:22am CST.

According to Officials, Cross – country flight from San Francisco to Philadelphia was diverted to Chicago early on Wednesday, because one of the passengers lit cigarette in the plane. When he was told to put down cigarette by flight attendant, he became aggressive and truculent. This situation led the flight to land in Chicago.

Spokesperson for airline said, “Alaska Airlines flight 1138, headed from San Francisco to Philadelphia was diverted to Chicago and landed at O’Hare international Airport around 4:22am CST, as a troublesome passenger was on the plane and due to taking precautions”.

The passenger was trying to smoke inside the plane.

According to airline’s spokesperson, the man was ushered off the plane at O’Hare international airport and handed over to the Chicago Police. The passenger is in custody of Chicago Police Department. It is still unconfirmed that whether he will be charger or not. There are rules in this regard and he would be fined.

Chicago Police Department said that he was taken into federal custody under their jurisdictions and it is not clear if any charges will be filed or not.

Chicago police said the passenger lit up a cigarette, but put it out at the demand of a flight attendant, and then continued to walk up and down the passageway of the plane “getting belligerent.”

After one hour the Alaska Airlines flight 1138 was departed to Philadelphia. The plane refueled in Chicago and departed roughly an hour later, landing safely in Philadelphia at around 6:50 a.m. CST.

Highway construction boosted amid COVID-19 pandemic
CalTrans, the department of transportation of California, was supposed to initiate the construction work of 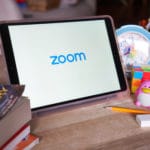 San Francisco couple marries in front of loved ones on Zoom
Most of the couples have postponed their weddings due to the current coronavirus outbreak. But

A federal judge blocks Trump’s asylum policy
A San Francisco judge has blocked the President’s policy of asylum regarding the Mexican immigrants.

Naked Man Walks on Tarmac of O’Hare International Airport, Official Says
A man, psychological patient, started shouting and took off his clothes on the tarmac at

EL AL to offer direct flights from Tel Aviv to Chicago by 2020
Israel’s airlines, EL AL, stated in its quarterly earning report that the company will open

Nearly hundreds of flights were canceled in Chicago due to snowfall conditions
Snowfall, up to half of an inch, is possible in Chicago. Subzero condition in this