The Russian government interfered in the US presidential election of 2016 with a goal of hampering secretary Hillary Clinton’s candidacy in turn boosting the candidacy of the republican candidate Donald Trump and increasing social and political discord in the United States. This news was first disclosed publicly by the United States Congress on September 22,2016 and was confirmed later by the United states Intelligence agencies on October 6,2016.

The officials believe that an operation of this scale would be impossible to carry out without the consent of the Russian government and Vladimir Putin. White house press secretary Josh Earnest and President Obama’s foreign policy advisor Ben Rhodes agreed with the assessment and said that the operation of this magnitude required Putin’s consent.

In January 2017, the Office of the Director of National Intelligence, delivered a declassified report, (representing the work of the FBI, the CIA and the NSA) with a similar conclusion:

President Vladimir Putin ordered an influence campaign in 2016 aimed at the US presidential election. Russia’s goals were to undermine public faith in the US democratic process, denigrate Secretary Clinton, and harm her electability and potential presidency. We further assess Putin and the Russian Government developed a clear preference for President-elect Trump. We have high confidence in these judgments. 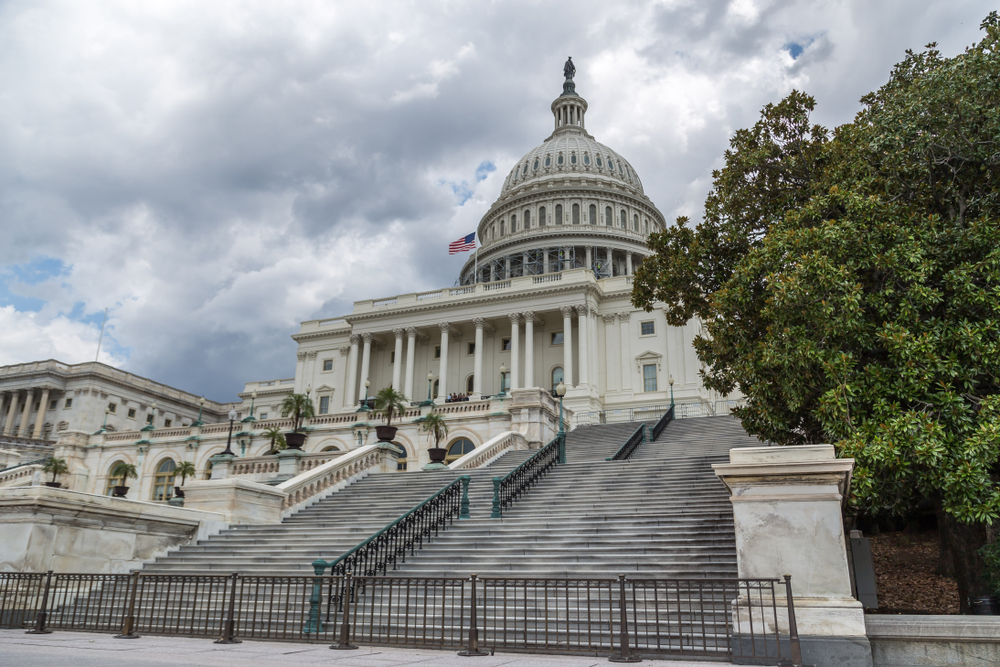 The Russians used multiple mediums to interfere in the elections including spreading fake news on social media, hacking the DNC serves and accessing thousands of confidential mails and running targeted campaigns on different communities and targeting specific individuals to hamper their chances.

During President Barrack Obama’s presidency, Hillary Clinton was the secretary of state and held crucial responsibilities in the Obama administration. While Putin was the president of Russia several huge clashes against the establishment and Putin happened in the year 2011 and 2012. The Russian government and Putin strongly believed that the then secretary of state Hillary Clinton along with the FBI had a big role to play in these clashes against Putin. Thus, Putin was firmly against the candidacy of Hillary Clinton for the post of US president and it was this grudge that further propelled the Russian authorities to interfere in the elections.

Further, the United states had imposed sever trade and economic sanctions on Russia post the crisis in Ukraine. This severely hampered the Russian economy and amidst the falling oil prices this became a huge crisis for the Russian government. Putin and the Russian government firmly believed that their chances of lifting the sanctions where negligible if Hillary Clinton comes to power and were optimistic of removing the sanctions with Trump at the helm. These two factors are said to be the motivating factors in Russia interfering in the election process of United States.

How did they interfere?

The operation which is said to have begun at least two years in advance before the US presidential election used multiple ways to interfere in the elections. From using social media to spread fake news to targeting crucial communities to manipulate them and to accessing confidential emails by hacking servers and releasing this information in the public domain, the Russians used a wide range of methods. Let us look at few prominent ones:

The internet research agency based out of St. Petersburg in Russia called as “Troll Farm” created thousands of social media accounts supporting radical social groups in United states and they used these accounts to reach millions of American citizens between the year 2013 to 2017. These accounts further ran campaigns in support of Trump and spreading false information about Hillary. Fabricated articles and disinformation were spread from Russian government-controlled media and promoted on social media.

Further the Russians are also said to have carried out targeted campaigns to manipulate communities. For instance, the African American community which plays a crucial role in electing the democrats to power were primary targets during the 2016 campaigns, 30 Facebook pages and 10 YouTube channels that targeted afro Americans and continually perpetuated crimes and atrocities against the community was spread through these pages in turn manipulating them against the democrats.

The Russians gained access to the computer networks of the DNC and gained control of confidential data with regards to candidates, spending and donors. This information was used against the democrats. These emails were strategically released to take away the attention from the key democrat events or during times when Trump was in news for the wrong reasons. 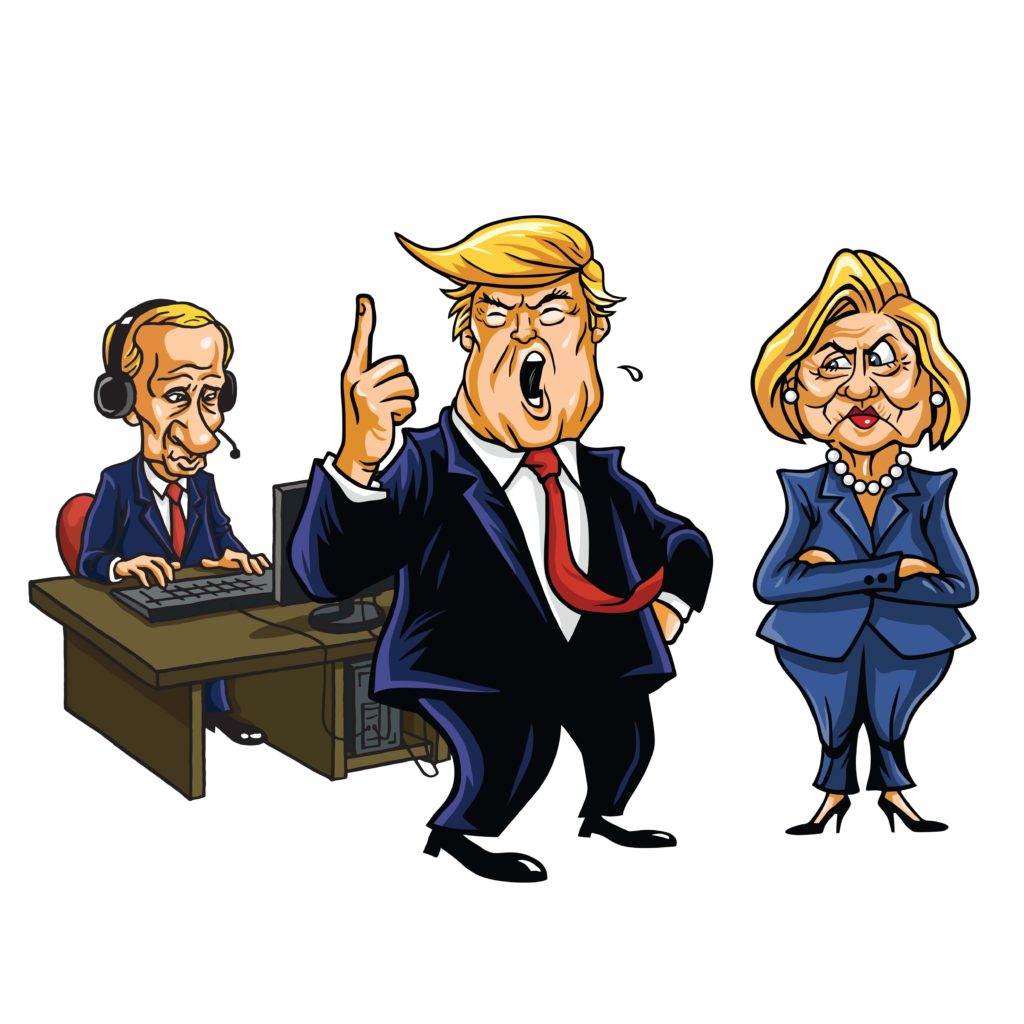 The first tranche of 19,000 emails and 8,000 attachments was released on July 22, 2016, three days before the Democratic convention. The resulting news coverage created the impression that the Democratic National Committee was biased against Clinton’s Democratic primary challenger Bernie Sanders (who received 43% of votes cast in the Democratic presidential primaries) and forced DNC Chairwoman Debbie Wasserman Schultz to resign, disrupting the plans of the Clinton campaign. A second tranche was released on October 7, a few hours after the Obama Administration released a statement by the Department of Homeland Security and the director of National Intelligence accusing the Russian government of interfering in the election through hacking, and just 29 minutes after The Washington Post reported on the Access Hollywood videotape where Trump boasted about grabbing women “by the pussy”. The stolen documents effectively distracted media and voter attention from both stories.

Investigation into the interference

Post a series of allegations about the interference of Russia in the presidential elections Deputy Attorney General Rod Rosenstein appointed Mueller, a former FBI director, to take over the FBI’s work. According to its authorizing document, the investigation’s scope included allegations of “links and/or coordination” between the Russian government and individuals associated with the Trump campaign. A probe was conducted between May 2017 to March 2019 in which 35 people from various institutions and Trump campaigns were indicted and 8 pleaded guilty of which 5 were from the trump administration.

Michael Flynn the then national security advisor in the Trump administration was one of the prominent names to be indicted. He was charged for making false statements to the FBI about his conversation with the then Russian ambassador Sergey Kislyak during the presidential transition. He was removed from his post. Other prominent names like Paul Manafort and Michael Cohen were also charged by the probe.

Despite such evidences against prominent figures from the Trump campaign and administration with the Russian authorities the Mueller report said that it could not find concrete proof for Trumps collusion with Russia though it did acknowledge the fact that the Russians interfered in the elections.

On June 10th, 2016 hearings will be held on the results of the Mueller report about the possible intervention of Russia in the 2016 US presidential elections. It would be interesting to see if the court concludes a possible collusion between Trump and the Russians given that several Trump associates have been proven guilty. But whatever the outcome of the hearing it is clear that elections in todays world are not all free and fair given the stakes.

During the run up to the election the Obama administration put several sanctions on the Russians which included sending back diplomats, closing Russian retreats in the US on charges of spying. Post the elections which saw Donald trump being elected the president of the United states the charges of Russian interference are still doing the rounds.

While a vast majority of the Americans believe that the Russians meddled with their electoral process and a independent probe needs to take place into the possible collusion of Trump with the Russians to rig the elections nothing substantial has happened on this front.

Overall, the US relationship with Russia has remained neutral apart from the occasional jibs by Trump at the Russians and occasionally calling Putin as a nice person. It would be interesting to see how the nation would react in the next election which is due next year and about the role of Russia in the next elections and the American agencies preparedness to take on further similar attacks by the Russians. This becomes even more fascinating since we may have Trump standing for re-election next term!

IDES investigates fraud scheme that impacted each state’s PUA programs
A widespread fraud scheme has been uncovered by the Illinois Department of Employment Security (IDES).