Indian Space Research Organization’s (ISRO) contact with its space mission, Chandrayaan 2, has been lost. Chandrayaan 2 was sent to the opposite side of the moon. India spent 9.78 billion INR on this mission. It is assumed that the mission had failed.

According to an Indian news agency, Chandrayaan 2 was on its way but the connection got failed during the landing stage. Vikram Lander was about to land on the surface of the moon when the contact was lost. The connection of ISRO with the mission has not been recovered after that. The contact was lost when Vikram Lander was on a height of just 2.1 km from the surface of the moon. It has assumed that the mission had failed.

Narendra Modi, the prime minister of India, was present in the headquarter of ISRO when the contact was lost with the mission. He went away from the headquarter without talking to the media. He did not tweet as well about the failure of the Indian mission of landing on the moon. The moon revolves around the earth in a manner in which only one side of the moon remains towards the earth. Chandrayaan 2 was aimed to land on the opposite side of the moon which remains away from the earth.

It is quite hard to say that the mission has been failed as the moon lander, Vikram, lost contact on the opposite side of the moon. Chandrayaan 2 started its journey on 22nd of July and it entered the orbit around the moon on 20th of August. Vikram Lander was supposed to be landed on the western pole of the moon between 1:30 am to 2:30 am (IST).

Chandrayaan 2 is not the first moon mission which is failed. Dozens of missions have been failed which were sent towards the moon. Sixteen mission failed during their landing stage. ISRO is still unable to contact the mission and it is assumed that the mission has been failed. India spent billions of dollars on this mission. The failure of Chandrayaan 2 is said to be a huge loss for India. Modi has not talked to the media after the failure of the mission. 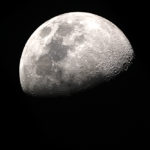 India launches its second moon mission named as Chandrayaan-2
The launch of Chandrayaan-2 was halted a week ago due to a technical snag. India