The launch of Chandrayaan-2 was halted a week ago due to a technical snag. India has now launched the moon mission from the Sriharikota space station. The mission was launched at 14:43 local time (9:13 GMT). The agency has bounced back after the halted mission, according to the space chief of India.

The launch of the mission was broadcasted on TV and social media pages of the agency. A huge applaud was heard in the control room of the Indian Space Research Organization (ISRO) after the successful launch of the Chandrayaan-2. Two women are leading the interplanetary mission for the first time in the history of Indian space expeditions. Muthaya Vanitha is the director of the project while Ritu Karidhal is the director of the mission.

K Sivan, chief of ISRO, said, “It is the most complex mission attempted by the Indian space agency.” He said in his speech after the launch of the project, “It is the beginning of a historical journey of India towards the moon.” He also admired and congratulated the staff and workers attached to this mission. He said, “It is my duty to salute to the people who have done the work.”

Narendra Modi, Prime Minister of India, said, “Indian at heart, Indian in spirit! What would make every Indian overjoyed is the fact that Chandrayaan-2 is a fully indigenous mission”. ISRO said about the technical snag in the previous attempt, “A leak from the helium gas bottle halted the mission for a while”. 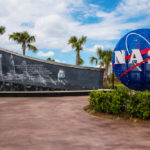 India: Hundreds of policemen become victim of coronavirus
India has the biggest lockdown in the world due to the coronavirus pandemic. There are

BJP member advises public not to purchase vegetables from Muslims
Suresh Tiwari, an elected candidate on the ticket of Bharatiya Janata Party (BJP) from district

Coronavirus lockdown: Indian government permits some businesses to open
A strong lockdown remained in India from March 22 to April 14. During the lockdown,

India bans entry of people coming from 30 countries amid COVID-19 threats
India has taken steps to stop the spread of coronavirus. The Indian authorities have banned