Kite Fly has been sponsored by The Branch, Topgolf, FBC Remodel, Texas Roadhouse, Illinois Shotokan Karate, UrgiKids, Renewal by Andersen, Naperville Convention and Visitors Bureau, and KidsMatter. These sponsors will share information with the eventgoers.

The event managers issued necessary pieces of advice for the public related to the kite event. The participants are advised to bring lunch and snacks with them. They will require to find a spot to spread out their blanket or folding chair. The precautionary measures issued for the outdoor events due to the coronavirus outbreak will be followed during the event.

The event managers advised the participants to read the precautionary measures before planning to come to the event. There will be no food trucks on site this year. The Kite Fly officials said that it would be a family-friendly event in Naperville Park District. 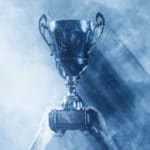 Esports Rocket League: Spring Champions and New Summer League announced
Players of all ages of the Naperville Park District have been offered an opportunity for 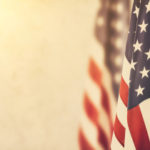 6 days ago By Josephine Poot

6 days ago By Lucas Durden

7 days ago By Ivan Cease

Johns Hopkins University database confirms over 200,000 COVID-19 deaths in US

1 week ago By Savion Buehler
We use cookies to ensure that we give you the best experience on our website. If you continue to use this site we will assume that you are happy with it.OkPrivacy policy