Boko Haram, the terrorist organization of Nigeria, claimed that it kidnapped hundreds of students from a northwestern area of the country. It is the first attack of Boko Haram in this part of Nigeria. The terrorist organization was formed more than a decade ago. According to the report of AFP, an international news agency, Boko Haram and its rival group, the Islamic State in West Africa Province (ISWAP), have committed various terrorist attacks in the northwestern areas of Nigeria and neighboring countries including Cameroon, Chad, and Niger.

Aminu Bello Masari, the governor of Katsina state of Nigeria, said that the kidnappers contacted the government of Nigeria. He said about the abducted students in a tweet, “Talks are ongoing to ensure their safety and return to their respective families.” The exact number of abducted children has not been clarified yet.

General John Enenche, the spokesperson of the military of Nigeria, told a news channel that some armed men attacked a secondary school with heavy guns in the town of Kankara. At least 333 students were missing since the attack, according to General Enenche. In the beginning, a so-called bandits group was blamed to be behind the kidnapping. The group was actively involved in carrying out kidnappings for money in the unstable region. 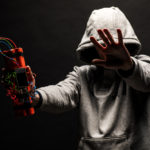 Indiana man convicted on charges of kidnapping child
Bryan Protho, a 41-year-old Indiana man, has been convicted by a federal jury on the

Kidnapping and domestic violence charges filed against Indiana man and his niece
Robert Speed and his niece, Shirley Speed, have been indicted on the charges of domestic