The legislation has immediately become the law. IEA President Kathi Griffin said, “We knew we needed to do something to immediately address this crisis. We need to encourage good, qualified people to pursue careers in education. Our students need them.” Paraprofessionals are also known as paraeducators or teacher’s aides.

The paraprofessionals work alongside the teachers offering a wide variety of services to the students. They help assist with classroom duties, working with small groups of students and even offering help to special kids as a one-on-one aide. According to the unfilled positions report of the Illinois State Board of Education (ISBE), there were 955 paraprofessional vacancies in Illinois’ public schools.

In 2018, there were 841 paraprofessional vacancies while in 2017, the vacancies were 465. Senate Bill 1952 (SB1952) increased the requirements for paraprofessionals to become licensed in Illinois. The bill soon became the law after the 2019 legislative session. The SB10 makes changes to that law.

Licenses can be given to the paraprofessionals by doing one of the following:

Griffin says “We’ve been hearing a lot about the teacher shortage in Illinois, but what we really have is an educator shortage. It’s a crisis. We don’t have enough people choosing to pursue a career in our classrooms.” With the passage of this bill, the paraprofessional shortage issue can hopefully be resolved. 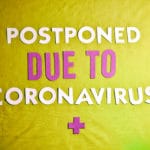 Education Unions: Postpone Standardized Testing
The Illinois education unions have called on the Illinois State Board of Education to postpone

Illinois State Board of Education trains new teachers through instructional and mentorship program
It is a unique first year of teaching for new teachers in Illinois. The Illinois 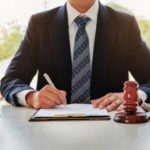 Rep. Garcia talks with education leaders at IEA RA on behalf of Sanders
Jesus “Chuy” Garcia, the US Representative, D-Chicago, represented Bernie Sanders, the candidate for the US

Lincoln Academy of Illinois honors UIS student Kodi Smith with Student Laureate Award
Kodi Smith, a University of Illinois Springfield student, has been selected as the winner of