Illinois Gov. J.B. Pritzker had promised in his campaign that he will be putting progressive income tax on state’s wealthiest individuals. As Illinois’ spring session is in order, the lawmakers are about to make changes and bring progressive developments for the state. The most prominent development is the graduated income tax.

In the graduated income tax plan, people will be paying tax according to their earnings and wealth. It is a replacement for the flat tax rules. The people of Illinois are paying a flat 4.95% of their earnings at the current moment. The flat tax rule is implemented since 1971 as it is part of their state Constitution. Any ratification in this rule will require at least 60% of voters in the upcoming general election.

Illinois’ flat income tax rate has been changing over period of time. This rule came in 1969 when the rate was 2.5%. It had fluctuated between 2.5% and 3% between 1983 and 2010. Then-Gov. Pat Quinn had signed a temporary tax increase to 5% due to a multi-billion-dollar deficit. Quinn had lost re-election and new Gov. Rauner had decreased it 3.75%.

Rauner had views of improving Illinois economy by not hiking tax rates. Instead he focused on Turnaround Agenda,” which included proposals to weaken public employee unions, change the workers compensation system. This had created a more than two-year budget impasse-longest in U.S history as the house was Democrat-controlled. This ballooned the bill backlog to more than $14 billion. In 2017, a veto had occurred against Rauner’s decision and ending the impasse and bringing the rate back up to 4.95% where it remains today.

Current Gov. had beaten Rauner in 2018 on the promise that he will bring progressive change in the tax laws. He promised to make the state’s wealthiest individuals pay more tax surprisingly as he is part of those wealthiest people. He is facing opposition in the house as Republican lawmakers have said that there is no need to implement high-tax rates for the wealthy people. 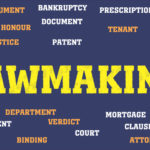