An Arab-American group named as Arab-American Action Network wants a judge to force state police for releasing the collected information. The group calls the actions of monitoring of terrorism by the Illinois Police ‘discriminatory’.

Muhammad Sankari, one of the leaders of Arab-American Action Network, told the media, “It is the right of every person to get privacy and people must have to know the due process as it is their right”. He added, “The surveillance system is not a rightful attribute as there is a huge glimpse of discrimination in monitoring the gang violence, terrorism, and other such acts”.

A lawsuit had been filed by the lawyers of AAAN in February. The lawyers demanded the release of the “so-called suspicious reports” by the Chicago Police. Cook County Circuit Court hears this case. July 12 is the next date of hearing of this case set by the judge. According to the lawsuit, “The SARs program invades the civil rights of Americans which is against the liberty of the citizens”.

Lawsuit also says, “The member of the Arab and Muslim communities are determined to know whether their everyday activities are looked suspicious to the state police”. The state police confirmed the use of SARs and other documents on regular occasions but it denied the discrimination or violation of the transparency of these documents.

State police and AAAN have hired their lawyers are they are dealing with the case. Police has denied the ‘discrimination’ during the investigation and monitoring. While AAAN have a clear prospect that the collected information should be released by the enforcement of judge. The next hearing of the case is set on 12th of July. It will be a crucial hearing as the case is moving towards a final decision. 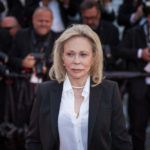 Assistant alleges Dunaway referred to him as ‘Little homosexual boy’
Faye Dunaway, an Oscar-winning actress, has been charged with discrimination. An assistant accused her of

Lightfoot receives calls to fire Chicago’s Water Commissioner
The discrimination cases have been reported in the Chicago Water Department. The allegations of discriminations