12 people were arrested last summer in the Lollapalooza event. An increase is seen this year as two dozen people have been arrested by police in Lollapalooza 2019.

Chicago Office of Emergency Management and Communications said that an uptick was seen in the number of people being taken into custody during the 2019 Lollapalooza festival. 23 people have been taken into custody during the first three days of the festival. These people were involved in the theft and possession of controlled substances. Some people also tried to sneak the security barriers. Police have sent citations to 10 people who were involved in trespassing the security barriers.

Lollapalooza 2019 has a smaller number of people taken to the area hospitals in a medical emergency as compared to the 2018 event. In 2018, 160 people were hospitalized while only 88 people were taken to the hospital during the event this summer. Social media users uploaded the videos on social networks in which at least 50 people were seen breaching the security for gaining unauthorized access to Grant Park on Friday and Saturday.

Police said that all the people who tried to breach the security have been arrested. Police have implemented new security measures this year in terms of security the entry points to the event. Lollapalooza 2019 will end on Saturday night. Meek Mill, Kacey Musgraves, and Ariana Grande will perform on the last night of the event.

Police have arrested 23 people so far who were involved in theft cases. Some people came to the event with illegal substances. The security system of the police was satisfactory as police arrested all of the people who tried to breach the security. 88 people were taken to the area hospitals during the event. People were advised to use the emergency exit in any kind of medical emergency. 12 people were arrested last summer during the event. 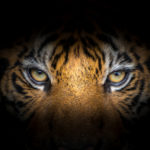