The donated money will be spent on the “Manufacturing for the Future” scholarship of the JJC. Dr. Judy Mitchell, the president of the JJC, said, “Whether our work together involves program and curriculum development, a pipeline for existing workers to develop new skills, or financial support of our scholarships, ExxonMobil has been at the forefront.”

The manufacturing field is an engine for the local economy. It also has the strength to be chosen as a career by the students. The students who get this scholarship are enrolled in different programs including computer-aided design and drafting (CADD), electrical/electronic automated systems (EEAS), electronics engineering, and many more programs.

JJC Culinary Alumnus Adam Roy shares his professional experiences
Adam Roy was graduated from the Junior Joliet College in Culinary Arts in 1999. He

Dr. Christine Fiorite of JJC trains K-16 English language teachers in Cairo and Luxor
The US State Department initiated the English Language Specialist program for which 80 US citizens 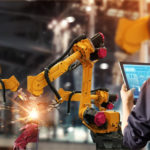 JJC will accept applications for radiologic technology program from Nov. 1-30
The Junior Joliet College has announced the dates of the application submission for the radiologic 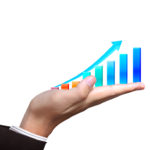 2 hours ago By Shawn Genzone

17 hours ago By Savion Buehler

24 hours ago By Lucas Durden

2 days ago By Ivan Cease