The spokesperson said that an investigation can be opened against any hospital by a complaint from the public, law enforcement or even from reports in the media. She didn’t say that how the complaint was received but told that the investigations can take various days and everyone can be interviewed in it.

Christ Medical Center released a statement in which they sent their thoughts and prayers to the Ochoa-Lopez family. They said that their priority is to serve the people. They also said that they will comply with the state and federal regulations and are currently unable to share any details with the public due to privacy of the family involved in this tragedy.

This news of investigation comes one day after Cook County Sheriff’s office had questioned whether the hospital violated state law by not immediately reporting that a woman who claimed to be the mother of a newborn had not given birth. 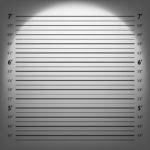 IDES investigates fraud scheme that impacted each state’s PUA programs
A widespread fraud scheme has been uncovered by the Illinois Department of Employment Security (IDES).

4 months ago By Jackson Sorbo