Chicago’s fine and fee system may be changed as Lori Lightfoot, the mayor of Chicago, called the current system ‘broken’. Lightfoot has announced the proposed reforms for the system on Tuesday. The proposed changes are expected to be passed in September. They will go into the effect after they will pass.

Lightfoot will introduce an ordinance to City Council on Wednesday. These proposed reforms will be the part of that ordinance. The ordinance is expected to pass in September and after that time, these reforms will come into effect. There are three major changes highlighted by the Lightfoot in her proposed reforms. These three points are: –

Lightfoot said, “The current fine and fee system of the city is broken”. She highlighted the key areas where changes are required on Tuesday. The proposed plan of the Lightfoot will allow the people of Chicago to get relief in paying tickets. The aim of the reforms is to make the payment system more accessible.

Lightfoot said, “These changes will ease the economic impact of the current system on the residents of Chicago.” Lightfoot looked quite hopeful while talking about the reforms.

The changes will provide ease to the residents of Chicago as there driving license would not be suspended if they would get a ticket for the non-driving violations. The changes are the part of the ordinance which will be sent by Lightfoot to City Council on Wednesday. 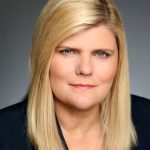