The owner of property, Midwest Commercial Funding, alleged him that he owes $170000 in back rent and other payable fees. The records also show that Kelly due approximately $170000 to pay to the property owner. Moreover, he also has to pay additional $6122 and $780 to attorney and court respectively. The records are not clear in terms of these payments. Kelly vacated the place weeks after the decision made by a Cook County judge. His attorney made a statement that under these circumstances he cannot continue his job and he has left no choice apart from leaving the building. Ball-Reed ordered that the building can be accessed only from 9am to 9pm while the previous decision imposed the 9am to 5pm restrictions. Kelly has left the place as he is not generating enough money under these circumstances. 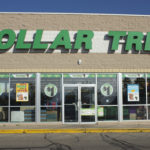 Federal Indictment for R. Kelly in New York and Chicago
R&B singer R. Kelly has been arrested on Thursday in Chicago on new federal charges.

R. Kelly’s ex-wife wants more money from him
Controversy can’t get far away from singer and rapper R. Kelly as his ex-wife demands

An accuser says, R. Kelly wrote a song about her assault by him
Lanita Carter shared her story with tears coming out from her eyes. She told for

R. Kelly is back in court to appeal for attending a concert in Dubai
R. Kelly appeared in the court on Friday after being charged in the sexual abuse
Tags: R. Kelly, studio warehouse, violations