Three people got injured in a traffic accident in Austin on the West Side. Two CPD officers were among the injured people in the accident. The accident occurred on Sunday in Austin. The police officers were driven in an unmarked SUV.

Police officers were responding to an emergency call as they had the emergency equipment along with them. They were southbound in an SUV in the 400 block of Central Avenue. A westbound Chrysler Sudan struck with their SUV. A 26-year-old man was driving the Chrysler and heading west. Chicago police said, “The SUV of the officer struck with the light pole after hitting the Chrysler Sudan”.

Chicago Police said, “The officers were responding to an emergency call and they had the emergency equipment in the SUV”. The crash occurred at the intersection when the police officers were driving in southbound and the 26-year-old man was driving in westbound on Race Avenue. Police said, “The driver of the SUV was brought to the Mount Sinai Hospital where his condition got stabilized”. He received some injuries in the crash.

Police said that the alcohol might be the reason behind the crash and the injured person will be issued a notice in this regard. Two officers of the CPD also got injured in the accident as the SUV crashed with the Chrysler and struck with a light pole. No fatally reported in the incident, according to the Chicago Police Department.

The accident occurred at about 12:40 am when the CPD officers were trying to reach an emergency location about which they received the call. The police said that the driver of Chrysler might be drunk and it will investigate the accident. The 26-year-old man was immediately taken to the Mount Sinai Hospital for treatment as he was injured. Police will send a citation to him for reaching to the conclusion of the accident. 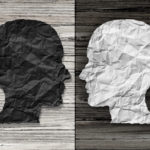