Trump talked about the commutation of the prison sentence of the former Illinois governor, Rod Blagojevich, again. He said in a statement that his administration was still considering it strongly. Trump told the press prior to his speech in New Hampshire on Thursday that the sentence of Blagojevich was harsh.

Trump talked about the feelings of the people attached to the sentence of Rod Blagojevich. He said, “People feel very strongly about that. I wanted to see where the Democrats stood, where the Republican stood.” Blagojevich was sentenced in the case of selling the seat of former President Barack Obama. He has already served more than seven years of his sentence in the jail. He was sentenced 14-year in prison.

The state of Illinois came into action and it looks for preventing Blagojevich from practicing law. Attorney Registration of Illinois has filed a request for the suspension of the law license of Blagojevich. Trump has given hope to Blagojevich’s wife and the legal team again. He showed great sympathy towards the former governor of Illinois in his statement. 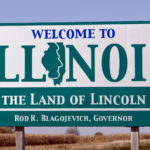 POTUS promotes hydroxychloroquine as coronavirus treatment once again
The efficacy of the hydroxychloroquine has been disputed by several trials so far. However, President
Tags: Donald Trump, former governor of Illinois, Rod Blagojevich