Recently we have been seeing a strong trade conflict between China and the United States. The United States have blocked numerous Chinese manufacturers and traders to carry out business by adding them to a trade blacklist. This entity list identifies and points out companies, organizations individuals who are considered to be a significant threat to US security foreign policy. Famous and renowned telecom manufacturer known primarily for its budget smartphones has also been added to this list along with 68 of its non-US affiliates. There are numerous reasons for such a ban on Chinese companies, including the very basic and main to be the Chinese unfair control imports. The US accuses China of imposing a combination of non-tariff barriers, which are hard to identify and detect, meaning that of the important sectors of the Chinese economy can remain relatively protected from the international competition. In the above context China has also accused to be controlling imports by devising different standards for private, foreign companies then for Chinese State Owned companies, which may be considered unfair in trade practices.

Recently, the US-China trade conflict has been made even worse and deadly with the introduction of alleged Chinese espionages in the United States. The espionages are said to have misappropriated the U.S. military technology and top-level intelligence information which is confidential. Including US many countries have accused China of infiltrating and stealing technological and scientific secrets through introducing software bugs, with of help of a specialized team of hackers and spies. These alleged hacking and attempts to spy on the organization leads to copyright infringement of the intellectual properties.

Moreover, experts are also stating that China has misappropriated foreign technology. In a report issued in March 2018, the U.S. quoted numerous examples of forced technology transfer of China and the failure of local companies and the US government to protect its intellectual property from copyright infringement and theft. Accompanying the report, the U.S. also announced plans to impose tariffs on up to Chinese exports to the United States and making the rules even strict for governing Chinese investment in the United States.

It is absolutely clear from the above situation that both governments would suffer from the prevailing circumstances. Chinese manufacturers are a good source of reliable tech in cheap resources. The US was benefiting from such products of China since long and it is apparent that with the ban on such companies the US won’t be able to get the same comfort again. For China, the consequence is even more deadly. Companies like Huawei which were doing trade freely in the United States and have agreements with many US companies, now have to take an exit from the US. The whole conflict took a sharp turn in 2018. 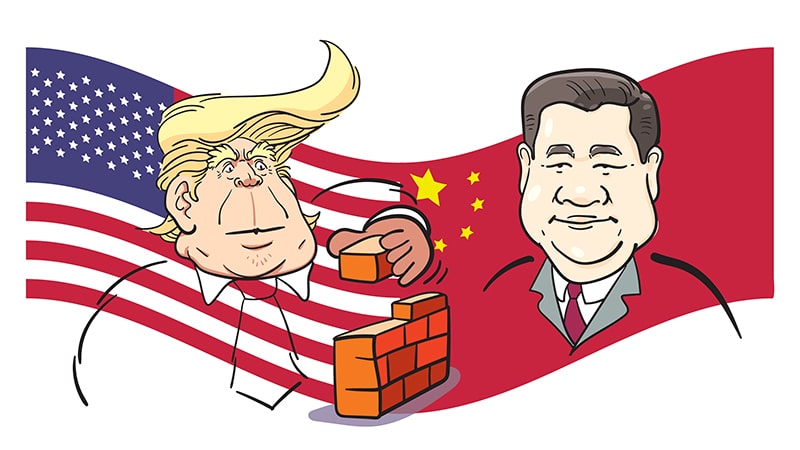 Following the previous tariff increase, trump imposed 25% tariff on steel and 10% tariff on aluminum this tariff not only affected China but also other countries like South Korea and Canada.

Similarly, a wave of tariff increase started on goods that were mainly imported from China, increasing the overall prices of such goods, ultimately decreasing the demand.

Responding to consecutive attempts of a tariff increase on Chinese exports, China also started to impose similar tariffs on goods which China was imported from the United States like aluminum, Airplanes, Cars, Soybeans, fruit, and nuts. From April – July 2018 US further imposed tariffs on imports to deter the Chinese hold on the US market.

Resulting from the above events on August 4, 2018 china comes falls to from second to the third position of largest market capitalization.

On August 22, 2018, US Treasury’s Undersecretary David Malpass and Vice-minister of Chinese Commerce Wang Shouwen met in Washington, D.C. for an attempt to reopen negotiations to get rid of the trade conflict. Meanwhile, on the next day, the US and China’s promised tariffs on $16 billion of goods get executed and on August 27, 2018, this led China to file a complaint to World Trade Organization.

From 2018 till the start of may the US keeps on increasing import tariffs to affect Chinese hold in The United States. On 15 May 2018, trump effectively banned the Chinese smartphone manufacturer Huawei from operating in the United States.

The above series of events can be effectively termed as factors that ignited the whole situation and moved it a step further towards a Trade War.

The circumstances were already intense when the rumors of Chinese spies operating in the United States started to spread. China has been accused of spying on the United States and other countries through various means of technology. For example, Chinese spies have been following private defense national laboratories, contractors and subcontractors, public research universities, and surprisingly the American government itself.

Moreover, Chinese agents have been going after the United States’ most significant weapons, such as the Aegis Combat System, F-35 Lightning, and the Patriot missile system, to have insight information regarding them. Illegally exported unmanned underwater vehicles and thermal-imaging cameras; and stolen documents related to the B-52 bomber, the Delta IV rocket, the F-15 fighter, and even the Space Shuttle. President Trump’s action on Monday acknowledges the broad scope of the challenge. 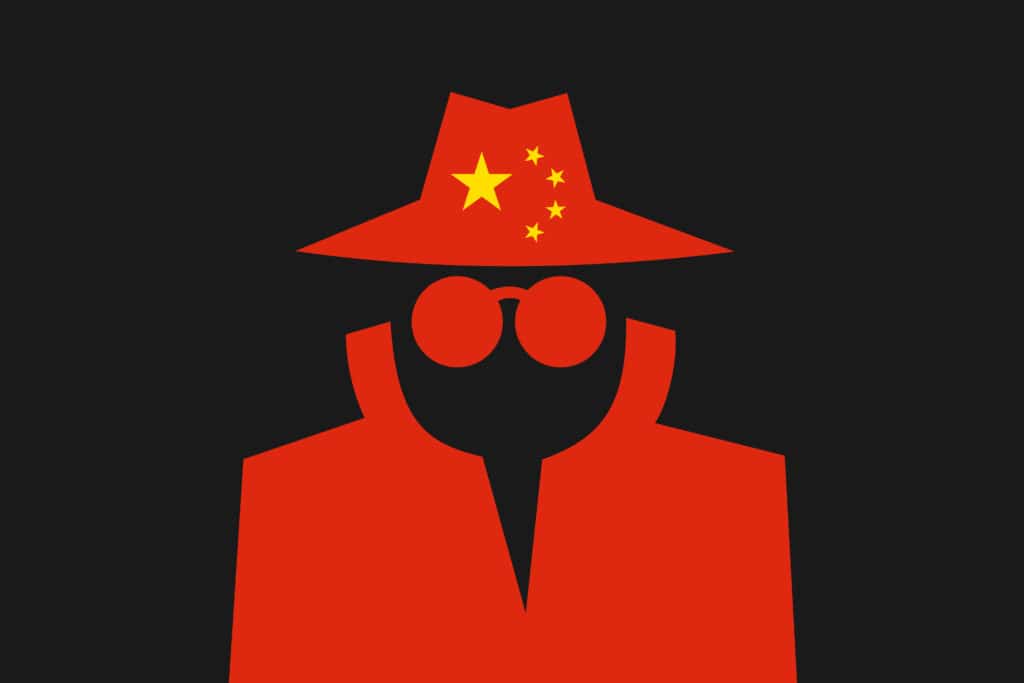 Another type of spy program in the same above context to recruit individuals who have access to government and commercial streets (Warren Strobel, 2018).According to the U.S. counter-intelligence chief, William Evanina Chinese espionage includes contacting thousands of LinkedIn members at once. He also explained how many Americans may have been asked for the recruitment and how much success China has had in the recruitment drive. Intelligence and law enforcement officials have told LinkedIn, about China’s efforts regarding the espionage.

Established in 1987 by Ren Zhengfei, Huawei was initially formed to manufacture phone switches. Since then Huawei tried to expand its business by coming in various markets and producing diversified products like telecommunication networks, consolation services, and manufacturing communication devices. Huawei has deployed its product and services in more than 170 countries. Unfortunately, with the United States, the experience was not very good. The US government has spent ample amount of time of the last decade in taking issues of the firms alleged espionages in the US and theft of the intellectual properties since long with the involvement of the Chinese government. 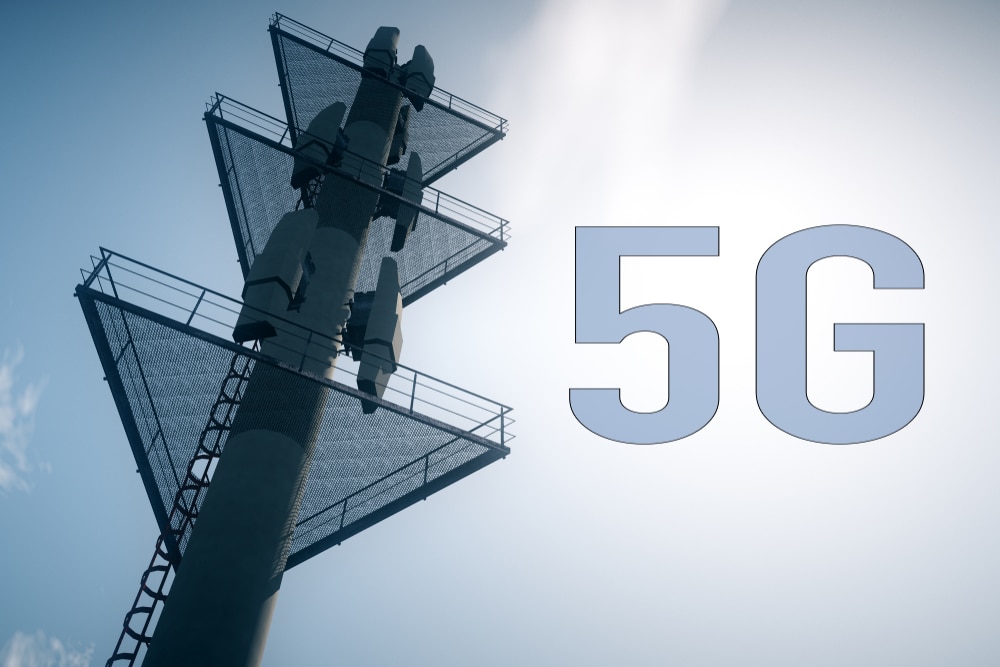 In 2010, the US intelligence persons starting warning agencies and other private companies regarding the espionages of the company. Following the above allegations, Trump disallowed U.S. government use of Huawei networking products and those made by its competitor ZTE, following a CIA and NSA warning, which also lead various agencies and companies to refrain from using Huawei products.

Complying with the sanctions imposed by the US government on Huawei, several companies like Google, Intel, Qualcomm, and Snapdragon have to cut off the supplies and relationship with Huawei. As Android is the most used operating systems in smartphones, the Huawei was also providing Android as an operating system in its phones. But as Google has to cancel its license of Android and other Google Apps’ the company have to say goodbye to its old companion. Similarly, various above-mentioned companies who provided Huawei various components like chipset, processors, GPUs also have to cut off their supplies to Huawei. 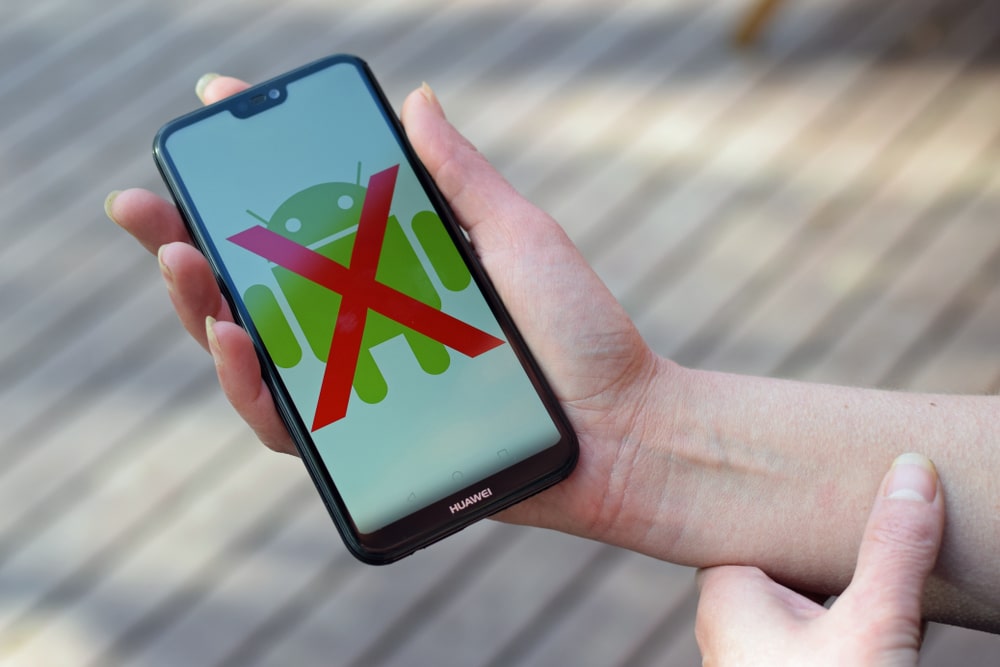 With all the doors closed, Huawei is now left with no other option than to produce and assemble its own components for its smartphones.  Now it has to carry out proper feasibility to assess the viability of this option. Alternatively, Huawei can also use the local alternatives of the component that it cannot import from the US. As far as the operating system is concerned Huawei was already prepared and now has its own operating system to be installed in the future devices.

With the US government’s such a bold step towards Chinese manufacturers the trade war is simply aggravated. The mass reaction of the Chinese residents has been recorded who have started boycott Apple company’s product like iPhone. Moreover, Huawei’s management has also shown an aggressive attitude towards Apple Inc. The incident simply ignited the already worse issue and which definitely will result in a response from the Chinese side or from the Huawei itself. Currently, as it seems, US government is at a win position because now it got rid of the alleged company who was a threat to national security and was involved in the theft of Intellectual property, but, it is also paying a price in terms of losing the availability of Chinese products. Huawei or China on the other side is looking weak because of the major disturbance in their supply chain due to changed suppliers and their respective agreements.

Both the governments have already agreed upon the fact that negotiation is not an option to resort onto. Therefore it seems that both the countries will now deter each other’s move imposing duties and increasing tariffs on the imports, and banning each other from operating in their domains.

IFB President recalls for trade, not aid
The trade war of Trump against China has affected the soybean exports badly. Illinois soybean

Republican senator not optimistic of US-China deal
A Republican Senator has said that a deal between US and China is highly unlikely.