Chicago police said, “Two young girls were struck by a vehicle backing up in a driveway near Calumet Heights”. An old woman was driving the vehicle and she lost the control on vehicle while backing up and struck two young girls. The incident took place on the south side of Chicago city in the Calumet Heights neighborhood, according to the authorities.

A 4-year-old girl was taken to the Comer Children Hospital in a severe condition. The Cook County’s medical examiner’s office released the details of the girl brought to the area hospital. The office said, “Nalleeha Washington, 4-year-old, was pronounced dead by the hospital”. The unfortunate accident occurred when the driver was backing up her vehicle.

The 8-year-old girl was also struck by the vehicle and she got injured in the accident. She was treated on the spot as she was quite stable. There was no need to take her to the hospital, according to the police. Police have not given any details about the charges related to this accident. Washington was just four years old who lost her life in the accident.

Authorities responded to the incident happened in the Calumet Heights neighborhood where they found two girls struck by a vehicle in a driveway. One girl lost her life in the accident while other was got injured. Authorities said, “Treatment was given to the older girl on the scene which got injured while the younger girl was taken to the hospital in a critical situation”. Nalleeha Washington got killed in the incident and police have not said about the charges in this case. 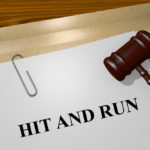 Family frustrated over ‘no arrest’ made by police in Nicolas Garcia’s killing
It was a hit-and-run case which killed Nicolas Garcia, Jr. Police have not arrested anyone