Jean-Claude Junker has suggested that UK is heading for another Brexit extension in October. He criticized MPs of UK for keeping the removal of Prime Minister at the top of their list. They are not looking for an agreement over Brexit. He admires the resilience of the lady Prime Minister on the brick of her resignation.

Junker said, “I do not like the agenda and debate of the UK MPs as they are looking for the replacement of May apart from finding an agreement for Brexit deal”. He added, “She is a tough woman who knows how to do things but she is unable to succeed in doing the things”. UK has to make a decision before the 31st of October with three choices including accept the deal, leave the agreement, and take an extension for the deal.

Junker told CNN, “I hope they will agree among themselves for a deal and they will leave the EU by 31st of October as it is their duty”. “I am fed up with the current scenario as UK is stilling looking for the extension”, he added. The president of commission said that changing the Prime Minister is not as important as the withdrawal agreement.

He backs the Prime Minster in a situation when MPs and Conservative cabinet Ministers are urging to force the Prime Minster out of her office. EU has refused to renegotiate the agreement and UK MPs are not prioritizing this fact. Junker said when he was asked about the second referendum over Brexit, “I think second referendum is an option but the results would be same after that”.

May wrote in a letter, “There is no fact in the statement that the deal with the EU will affect the sovereignty of the United Kingdom”. It is the crucial time for UK to make a decision about the withdrawal agreement. MPs need to pay attention for reaching a viable deal with the EU before the due date. 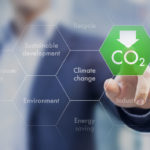 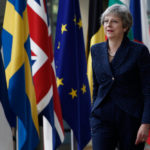 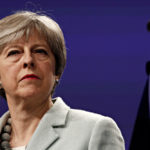 UK-news Shamima Begum and much more
The Labour Leader of UK has voiced his views about Shamima Begum. He has urged 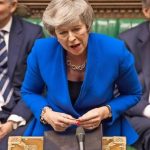 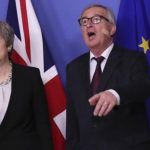 May has no breakthrough after constructive Brexit talks in Brussels
Thresa May is looking for changes in Brexit deal as she told Jean Claude Juncker, 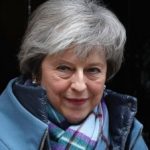 Goldman Sachs are predicting that Brexit deal could go down the wire
Goldman Sachs have given their predictions upon Brexit and said that there is a greater
Tags: Brexit, Jean-Claude Junker, Theresa May