The jury that concluded that Brendt Christensen was guilty in the kidnapping and slaying of Chinese scholar Yingying Zhang will reconvene again on Monday. They will start the process of deciding whether he should be given the capital punishment for his crime.

The only thing in the way of capital punishment is that the killer’s case is in a state that has already abolished capital punishment in 2011. The state also placed a temporary prohibition on the practice 11 years before the ban. However, this ban doesn’t apply to federal court. One of the example is the sentencing to death of Boston Marathon bomber Dzhokhar Tsarnaev in 2015 in a federal trial in Massachusetts.

Massachusetts has also placed a ban on the death penalty. It’s been more than 13 years since someone was sentenced to death in a federal courtroom in Illinois. The last sentencing was in 2006 in which the jury decided to give the death penalty to Dr. Ronald Mikos after he was convicted of killing a former patient slated to testify against him in a Medicare fraud trial. Mikos is still on the death row in the maximum-security prison in Terre Haute, Ind.

Jeffrey Cramer, a former assistant U.S. attorney who prosecuted Mikos, said that, “There are no greater stakes in the criminal justice system, so the emotions tend to ride high.” In the penalty aspect of the case, the prosecutors will present aggravating factors to the crime. The defense will try to prevent the death penalty using mitigating factors.

Cramer says that the mitigating factors can be fairly broad but the defense could use mental health, childhood abuse, personal history or the defendant reforming himself. He also said that this is a unique circumstance, “You can’t even compare it to a normal sentencing hearing. It’s a very unique process.” 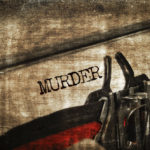